DROC members were out in force at the Melbourne Sprint Weekend, completing 6 fast and furious sprint orienteering races over 3 days, in Melbourne and Geelong.  Points were earned for each race, and accumulated to determine the overall winners.

Lanita Steer won the Junior Women Elite category by 1 point,after 3 first places and 2 seconds.  Asha Steer was third in the same category.  The events were selection trials for the JWOC team which is good news for our girls.

Junior Luca Bogdanovits placed second overall in W12, in her debut at sprint orienteering, an excellent achievement.  Sarah Davies was also second in Junior Girls, while Ryan Davies won Senior Boys.   Andras Bogdanovits was first in M40 with a consistent result in each race.

Martin Steer placed second in M50, while Ian Davies and Ian Dodd tied for 4th.  Peter Grover was second in M70, also with a string of very consistent results.

Check here for photos from the weekend.

The Park and Street Championship Final will be conducted on Monday 29 February, on the Gladeswood Spur map, in Mulgrave, starting at 7pm.  The course setter is Ian Greenwood, and the host club is Dandenong Ranges.

Please arrive in plenty of time to park, register and prepare. Toilets will be open, and drinking water will be provided. 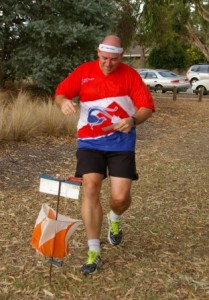 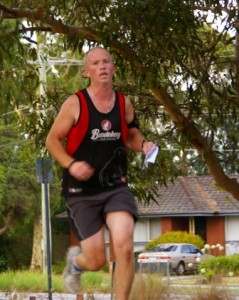 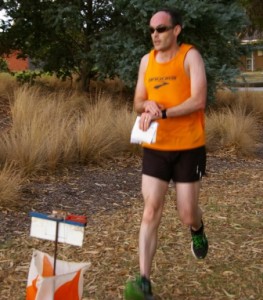 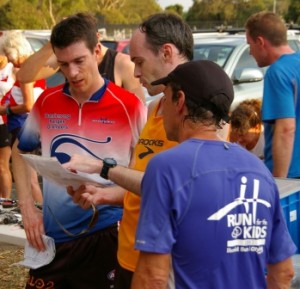 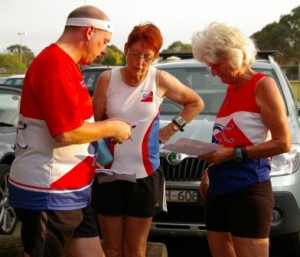 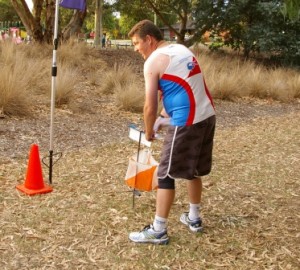 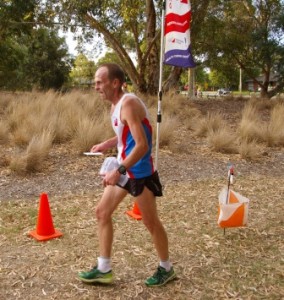 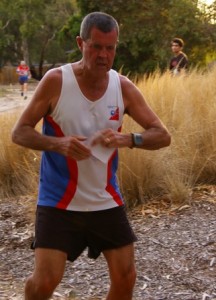 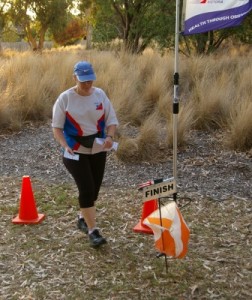 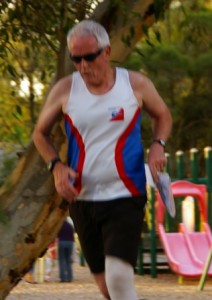 Our 2016 event program is in place – here’s what we’re doing this year:

Mon Feb 29 – Park and Street Championships, Mulgrave. The most prestigious event on the Park and Street calendar will be organised by DROC and set by Ian G.   www.vicorienteering.asu.au/parkstreet/championship

In addition, we organise numerous Park and Street Summer Series and Winter Series events throughout the year.  Visit our Coming Events page for details.

The Orienteering Victoria website contains a complete fixture of events in Melbourne and regional Victoria.

Not only was the DROC Christmas party a great opportunity to celebrate the festive season with a mouthwatering array of food, on a perfect summer evening.  Prez Pete handed out a record 19 Orienteering Australia Gold, Silver and Bronze merit badges, in recognition of a strong year for club members in National and State bush competition.

On top of that, it was the Committee’s pleasure to announce three new Life Members.  Life membership is awarded to a very select group of people who have at least 15 years membership, and who have shown outstanding commitment to the club during that time.  The three people concerned all fit those criteria to a “tee”.  They are:

Petr Grover – current Secretary, active mapper and competitor since the early 1980s.  Peter is a quiet achiever who has held a number of committee positions, and provided us with many great maps over the years.

Pam King – joined in the 1990s, Pam has also held various Committee positions and is currently our map librarian – which involves making sure our maps are all up to date before each event, which is a massive job.  Pam is also involved in junior and schools orienteering programs.

Carl Stemp – while Carl doesn’t get along to too may events these days, he always supports the club in all its endeavours, and works enthusiastically at any task he’s given – from updating maps beforehand to collecting controls afterwards.  Carl has been heavily involved in junior and schools orienteering programs for many years.

Check out the March 2016 issue of Punchline for more about our Life Members.

Cassy Dutton and Debbie Dodd also received their Sprint Into Spring Yellow and Green Jerseys, after 6 weeks of sprint racing. 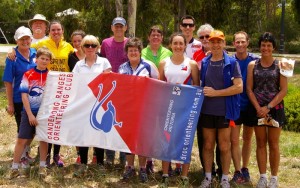 Up and coming junior members Angus and Amber both competed at the Eastern Zone Primary Schools Orienteering Champs, held at Cardinia Reservoir Park.  We’re very pleased to report that they each placed second in their grade categories – great job!  The future is in good hands.  Angus has honed his skills during the year at MelBushO and it’s been great to see him running strongly and confidently.  Amber is new to orienteering this year but has learned fast and is doing well at Monday Summer Series.

It was DROC’s turn to host a Sprint Into Spring race.  The venue was Eltham College, using a new map, and courses set by Melbourne Forest Racers’ Aston Key.  The Key family have a long association with DROC and were instrumental in setting up the club 30-something years ago, so it was great to reunite.

Eltham College offered a great mix of technical and physical sprinting.  Aston’s excellent courses threw us straight into complexity with a series of short legs and a lot of detail to read, then some longer legs with plenty of route choices to ponder.  The terrain on the far side of the tunnel was completely different.  For those saving themselves for the green jersey leg, it came right near the end; and Aston had us concentrating hard all the way to the finish line.

Our thanks to Eltham College for their fantastic support in the leadup, and right through the day.  We’ll definitely be back! 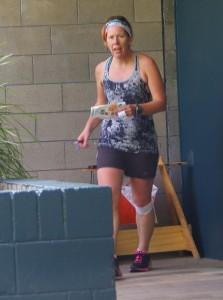 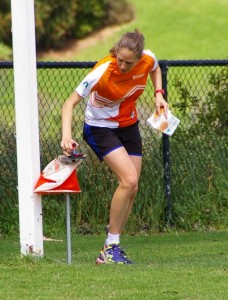 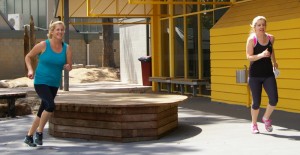 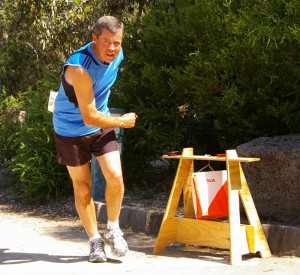 Sprint Into Spring continued with Race 2 at Darebin Parklands, where competitors had a chance to show off their hill climbing prowess, on a course that was physically tough and mentally testing.  Once again DROC members were out in force, and we had some great “top 10″ results.

On the difficult Course 1, Peter Hobbs was 7th overall, another great result to add to the previous week. Simon Rouse just missed a top 10 finish. Ros King also finished 7th overall, on Course 3.  Cassy Dutton and Debbie Dodd were 1st and 2nd on the Sprint leg on course 2; Cassy was also 2nd on the Course 2 Hill Climb.

Here is where we sit on the all-important Jersey Points table:

Visit the Sprint Into Spring website for all the other results, news and photos.

Hooray! Sprint Into Spring is here!  DROC members were out in force at the first race for 2015, at VU St Albans.  The series kicked off well, with a big crowd, and with well set courses looping through the complex buildings and grounds of the campus.  We had live results displayed instantly on a large screen, to add to the excitement.

DROC members Sarah Davies and Debbie Dodd (pictured below) are the current Female Jersey holders on Course 2.  Sarah was fastest female overall to earn the Yellow jersey, finishing in the Top 10; and she also won the Hill Climb (but you can only have one jersey at once).  Debbie began her Green jersey defence with a win on the Sprint leg.  In other results, Peter Hobbs continued his top sprint form with a 6th place, in a very talented field indeed. 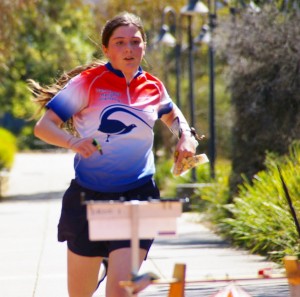 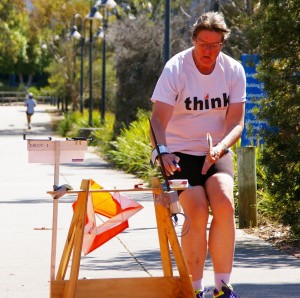 You can catch the action on Saturday October 24 at Darebin Parklands.  Meanwhile here are some more top shots by rolling reporter Peter Yeates.  Click on any image to enlarge. 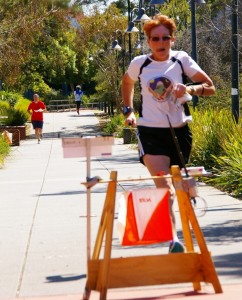 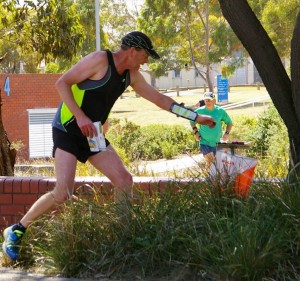 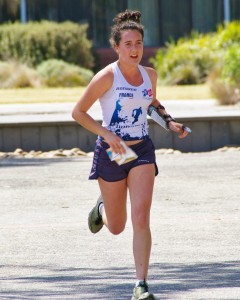 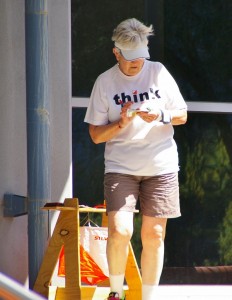 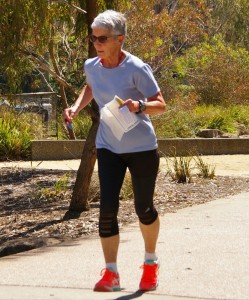